A hive of activity at the mono motorcycles workshop this week

Well, that was a busy week! Find out how the mono motorcycles team got on this week in our latest blog

First on the ramp this week we welcomed the second Yamaha MT09 in a week. The MT09 joined us for annual servicing & a new battery. 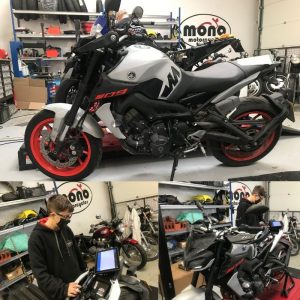 We also welcomed a 1954 Norton Dominator to the mono motorcycles workshop. The Dominator having recently had a new magneto rebuilt, was struggling to tick over at idle.

Having first checked the fuel tap, it was found to have been crushed at one end, one cause of fuel starvation.

Upon further investigation, Daniel also found that one of the jets was blocked & the cork inside the fuel tap had collapsed. 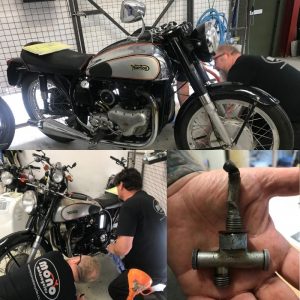 Nathan has started to show a real talent for motorcycle wiring. On Monday he began the process of copying a wiring loom from a Yamaha DT250.

First Nathan laid the loom out on a cardboard template drew the basic outline. He then unwrapped the loom from the old wiring tape & measured the wires. 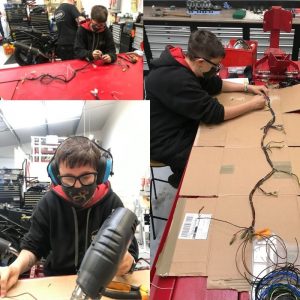 Once he had worked out which new colours he was going to have to use to replace the old wires & made notes of them; he began to build the new wiring loom, assisted by Dad.

With new crimps & connectors applied, the new loom has been laid into the DT & we are ready to start testing. 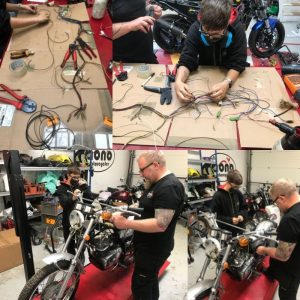 On Wednesday Daniel worked on completing the CB750 motogadget install, then complete the Triumph wiring.

Gary started work on the Suzuki GSXR which needed new tyres, chain & sprockets, fork seals & interim service. When Daniel rode the GSXR when it arrived, the brakes did not seem to have much bite to them.

Upon investigation, the front brake pads had hardened, which could be a sign that they had oil on them at some point. These have now been replaced.

A bit of a BMW themed day on Thursday. The BMW F800GS was having the front brake calipers stripped, cleaned & rebuilt with new brake pads as it had seized & Gary replaced the clutch cable on the BMW S1000XR.

It’s was a Frantic Friday & a hive of activity at the mono motorcycles workshop on Friday.

Gary was working on our regular customers Yamaha R1 replacing tyres & sorting the shock linkage in the morning & he then moved on to the Yamaha XS1100 in the afternoon.

Nathan completed the service on the Triumph Bonneville & then put the new brake pads in the GSXR & Daniel was in the final stages of finishing off the CB750. 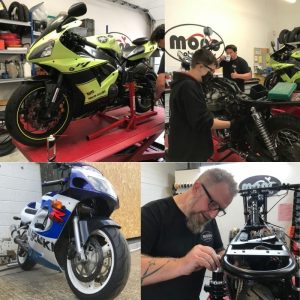 We are really excited to announce that DJK Motorcycles – Sales – Storage – Transport will be opening soon at New Barn, Funtington, Chichester. 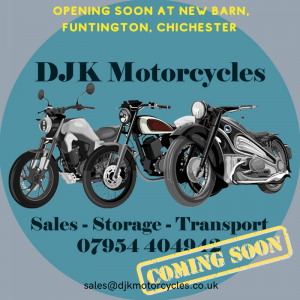 Sadly, due to the weather looking decidedly unpredictable, our first Breakfast Club in a year & a half has had to be postponed to Sunday 4th July. 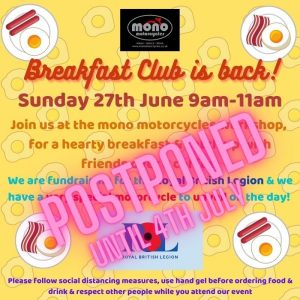 Although we are very busy, we are still taking bookings. If you know you have a Service Interval due in a couple of months, please do not wait until closer to the time. We often have people booking 3-6 months ahead, to ensure their motorcycles have a space in the diary.