Electrification of motorcycles is advancing & the Electric Revolution has most definitely arrived.

Despite there being some misgivings about the lithium mining & the harvesting of natural minerals damaging the Earth & environment; the seeming purity of the electric motorcycle has got all of the major manufacturers searching for the design boards & becoming part of the electric movement. 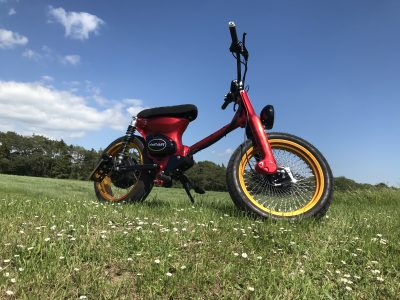 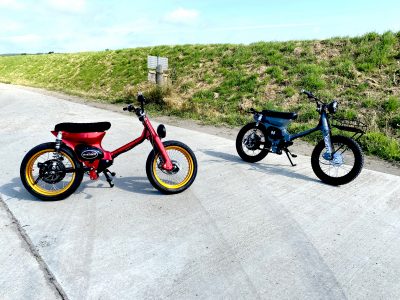 So what is happening in the motorcycle sector & how is electrification being received?

Traditionally bikers enjoy heightened performance, coupled with the roar of an engine.  Despite technologies being developed to make the traditional ICE as environmentally sensitive as they can be, the motorcycle industry is now seeing the need to develop EV motorcycles.

One of the first examples of an EV motorcycle being granted credibility by the biking communities, was at the Isle of Mann TT Zero series. Introduced in 2010, the TT Zero race, a one lap race, was designed for non fossil fuel motorcycles, with zero emissions.  John McGuiness, with 23 TT wins to his name, took his 21st TT win on the Mugen Shinden Hachi electric bike.

The Mugen Shinden Hachi weighs in at not-quite 547lbs, houses a 370-volt lithium ion battery which powers a 3-phase oil-cooled brushless electric motor. The motor puts out 120 kilowatts, which is roughly equivalent to 160hp, and 210nm of torque (just shy of 155 ft-lb of torque). (1)

So what is happening beyond the track? What other motorcycle manufacturers are moving with the times & producing a road legal electric motorcycles?

Harley Davidson’s ‘Livewire’ is the American dream EV motorcycle which can go from 0 – 60mph in 3 seconds. The charging system sports a high voltage battery composed of lithium-ion cells surrounded by a cast-aluminium housing.

The distance range promoted by Harley Davidson for the ‘Livewire’ is 146 miles of city range or 95 miles of combined stop-and-go & highway range. The ‘Livewire’ charging cycle sees an 80% speed charge in 40 minutes & a 100% charge in an hour. (1)

The range of Zero motorcycles varies wildly, with distances varying from 89 city miles to 179 city miles & in most cases a maximum mph of over 100mph. (2)

Here at mono motorcycles we are mindful of the need for reducing emissions & the inherent issues which poor air quality causes. 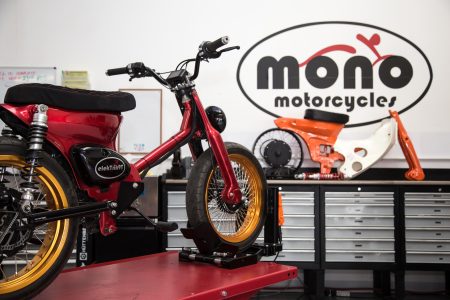 With the potential for traditional motorcycles, classics & in particular two strokes being subject to emissions tests in the future & for taxes being increased for these machines; the alternative for some is that they simply won’t be able to afford to keep them on the road. 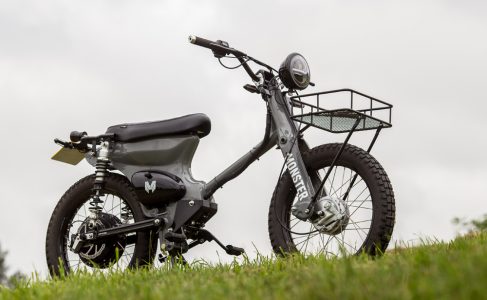 However, here at mono motorcycles we are developing a system which will allow us to offer eConversion packages for small CC traditional ICE motorcycles.

Our mono elekTrik ‘elekTrik9T Honda eCub is only the beginning of our electrification journey & we look forward to welcoming you along for the zero emissions ride! 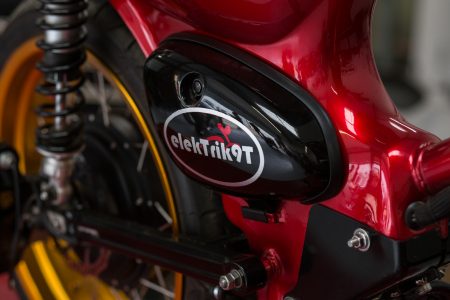