We have been keeping our finger on the pulse & watching the eBike market slowly but surely begin to gain traction. Therefore when in 2019/2020 we had the opportunity to become part of the eBike revolution; we knew it was the right time for us. 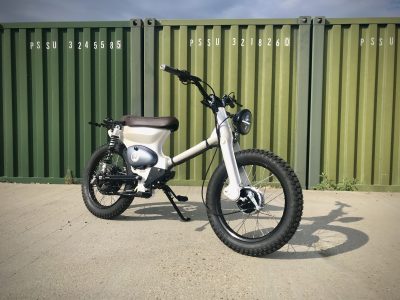 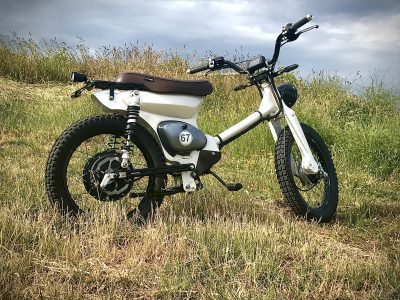 The eCUB 2.0 battery is hidden under the seat locked in via a key & can be lifted out in seconds making it really easy to charge. The eCUB maximum range is 50km (UK range 30 miles) at a maximum speed of 65kmh (UK spec 30mph). The eCUB 2.0 is also quite light, so it would be great to take on holiday. Being silent you could take it away in a caravan or camper for example & the eCUB 2.0 is also perfect for a town or city commuter bike, a race paddock or for simply popping to the shops. Being electric it’s tax except & it can also be ridden on “L” plates with a CBT.